Names and some events may have been slightly changed to protect confidentiality.

I have never experienced a machine that causes so many tears.

It was always my dream that The Physio Crew would change people’s lives.

I see my role as the ability to bring exceptional clinicians and specialist equipment together to give people the best possible chance to progress and recover to achieve their goals.

I originally saw the Alter G 5 year ago. I was at a trade show, alone. I had travelled, unable to resist the free training day and opportunity to meet other physios committed to learning their craft.

The Alter G had been positioned in the middle of the show.

“Do you want a go?” The sales rep had asked as I watched a video demo of someone with prosthetic blades running on the Alter G.

Instantly I could see it’s potential.

The Futuristic Treadmill Designed By NASA

The machine looked like a futuristic treadmill pumped up on steroids. Shorts zipped into the main bag and allowed them to move freely whilst safely supported. You could adjust the weight allowing people with injuries to offload their lower limb. As a physio many people craved that ability to move without pain, fear of falling or just the psychological benefit of standing upright.

I had declined the offer of the demo knowing this was already on my vision board and I tried not to wince at the £30k price tag.

The first time I witnessed the Alter G at work in my own clinic I knew it was worth every penny.

The £30k had been a huge investment and the most I had ever spent on a piece of equipment. The day it had arrived had been a mix of emotions. Excitement. Nervousness – would it be worth it? Anticipation.

A young lad was my first breakthrough client. He had cerebral palsy had been slightly nervous at first.

The Alter G can appear daunting in the beginning as its big and noisy. Once we had assisted him onto the treadmill and zipped him in we began inflating the bag. I placed my hand on his handling belt to help him feel secure.

To give you an idea of his land based function he could mobilise in splints with 2 hand support in parallel bars with close supervision. He required assistance with his legs for optimal foot placement. He could manage two lengths of the parallel bars before he would need a sit down rest.

Once he had become accustomed to the feeling of the Alter G with us supporting 75% of his weight he was able to walk for 6-7 minutes. A fantastic achievement with a range of benefits including increasing circulation, improving cardiovascular fitness, improving exercise tolerance and strength and cognitive stimulation and coordination.

Of course this stuff excites me. The physio focused benefits. The physical and physiological impacts. But rehab is so much more than that.

What happened next changed my life forever.

It is important that we make rehab fun. So in our rest period I increased the support from the bag to allow him to rest.

He beamed back at me ‘Yes.Yes! Jump jump!’

‘He hasn’t ever jumped before’ his mum informed me glancing across doubtfully. It wasn’t that she didn’t believe me but I felt an enormous pressure weigh on my shoulders. I hoped I hadn’t given false hope.

‘Let’s give it a go! Bend your knees and push up!’ I encouraged.

The first few attempts were barely a flicker of knee flexion but as his mum and I I tried to visually demonstrate the knee bends became slightly bigger.

And then it happened.

There was lift off.

It may only have been a few cm but there was space between his feet and the treadmill.

And then he screamed.

Mummy! I jumped I jumped!

I glanced over at his mum and the tears were already flowing. As I turned to look at his grandparents I realised they had gone too and as I tried to remain calm my vision blurred too.

We all laughed as we tried to calm him down. He was now repeatedly jumping, throwing his body up with not quite enough control to make him balanced.

I feel very privileged to have witnessed this moment. A young teenager who has grown up watching people do things he can’t. Run after a football, jump up into his mother’s arms or scrabble over a gate.

The Joy Of Jumping

For a second the Alter G had allowed him to feel the joy of jumping independently. Without support from other people, with energy created by himself and the happiness was written all over his face.

Now this hasn’t been a one off event.

The Alter G is a machine that has witnessed many tears.

It’s ability to allow people to do things they did not believe possible makes it a very special bit of kit.

Now that can be very personal to individual.

For some it shows them how it feels to be 5 stone lighter, to run pain free.

For others it allows them to run and feel themselves again following life changing car accidents which have resulted in multiple leg fractures.

It provides the unique feeling of safety whilst walking despite significant challenges to mobility caused by transverse myelitis, joint replacement or Parkinsons.

It helps people both physically and emotionally. It gives them hope.

It was worth every penny.They say that there are no selfless acts.

That people do things that benefit themselves. I feel lucky to have a job where we make people smile and achieve the impossible everyday.

Thanks for letting me and the team to be part of your journey.

If you have any questions on how we could help you or a loved one please book your complimentary discovery call here.

The AlterG® Anti-Gravity Treadmill ® M320 offers a revolutionary approach to rehabilitation – the ability to defy gravity and work towards regaining function like never before.

AlterG’s unique differential air pressure technology provides accurate, safe and comfortable partial weight-bearing therapy while promoting normal gait patterns. The AlterG Anti-Gravity Treadmill M320 expands the concept of “Weight Bearing as Tolerated” by offering precise unweighting in one percent increments to as low as 20 percent of the your body weight.

Who And What Can Be Treated Using The Antigravity Treadmill

Book your free discovery call today to see whether we could help you. Click here to book. 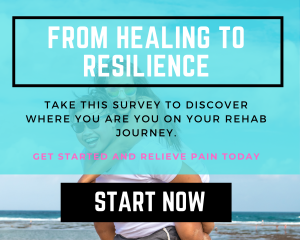